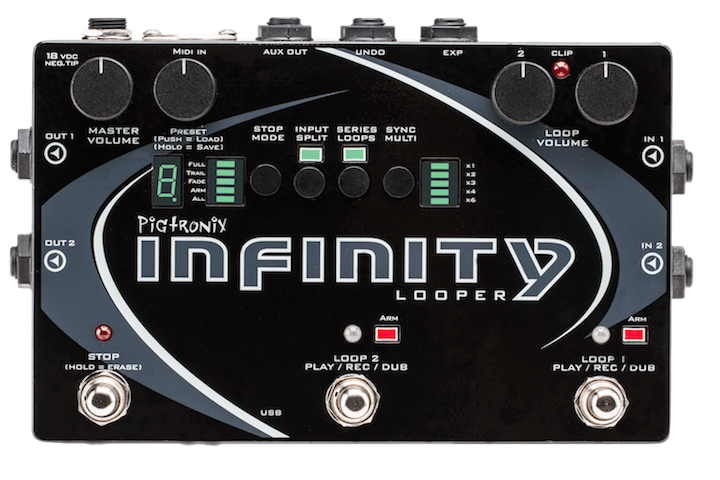 There are two independent stereo loopers that control the heart of the Pigtronix Infinity. Get to grips with these and you can really start to explore the sounds and editing features on offer, which for us bassists equates to 9 memory slots, analog pass through, up to 32GB of memory and the ability to record stereo audio at 24-bit/48kHz. The Pigtronix boffins have certainly squeezed an awful lot of bells and whistles into what is a reasonably compact package. The two loopers have their own footswitch and volume control and can be configured to run in parallel or series. In parallel mode they run simultaneously, and in serial mode they run one at a time, so you can switch between them to create more interesting arrangements. The Sync Multi function gives you the option of making Loop 2 the same length as Loop 1 or a multiple (x2, x3, x4, or x6) of that length. Other notable features include a MIDI input and an Aux Loop output for sending looped audio to stage monitors. You can also connect to a PC/Mac via USB to capture song ideas and transfer audio files back and forth.

The first thing to do when confronted with so many features is to read the manual and get a grasp of how the individual components work together. Live performance is where the Infinity really comes into its own, but if you want to just plug in and play, be aware that you will have to be prepared to take some time getting to grips with the controls and how they function. The footswitches all operate as you’d expect. Stomping on either looper initiates recording. Pressing it again closes the loop and starts playback, and pressing it a third time opens the loop back up for overdubbing (loop 2 is only active once loop 1 has been recorded). You can set the Stop footswitch to operate in one of three modes: Full (audio stops immediately), Trail (audio stops at the end of the loop), and Fade (audio fades). There is no tempo control, metronome or auto-quantize function, though you can sync the two loops so that they’re exactly the same length. However, the Infinity has unusually low latency, which gives you increased control over the timing of your loops. A good quality effect in a roadworthy package. www.pigtronix.com 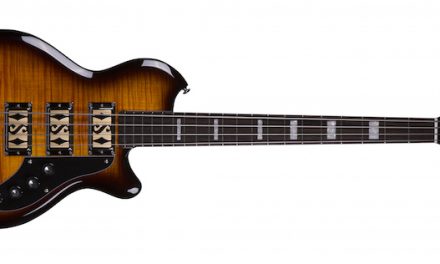 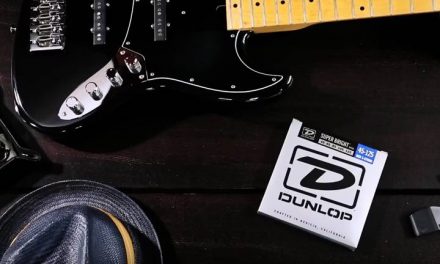 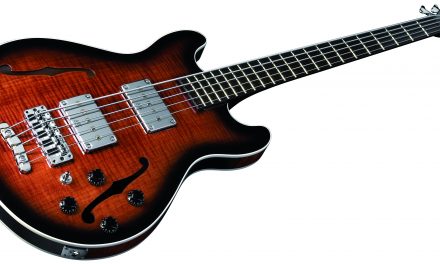 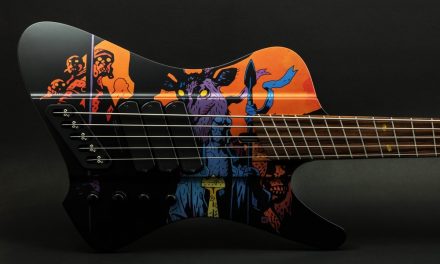