Having spliced his original, frantically punky sound with a darker sonic toolbox, Jon Reshard is reflecting on his self-titled 2009 debut, which featured drummer Dave Weckl and rock fusion pioneer Greg Howe on guitar. “I thought it’d be fun to acknowledge my interest in that genre, but it was more about me figuring out how to make a record.” In order to do his job, Jon plugged in with a Roberts Custom 4-string. “I usually ran it into some sort of booster, then into an MF-102 ring modulator and my Ampeg SVT rig. That’s all linked using Solid cables. I had a jam with Prince once and he told me that I had a cool bass, which I’m really proud of because RC Guitars and I worked hard on the design.” Asked how he came up with the solo arrangement of Billy Joel’s ‘Always a Woman’, Reshard replies: “I did that for my girlfriend. I wanted to play something for her other than the bassline from the Barney Miller show! I played it for a couple of years before I actually recorded it because I kept coming up with better ways to play it! I tuned my bass A#-D#-G#-C#.” 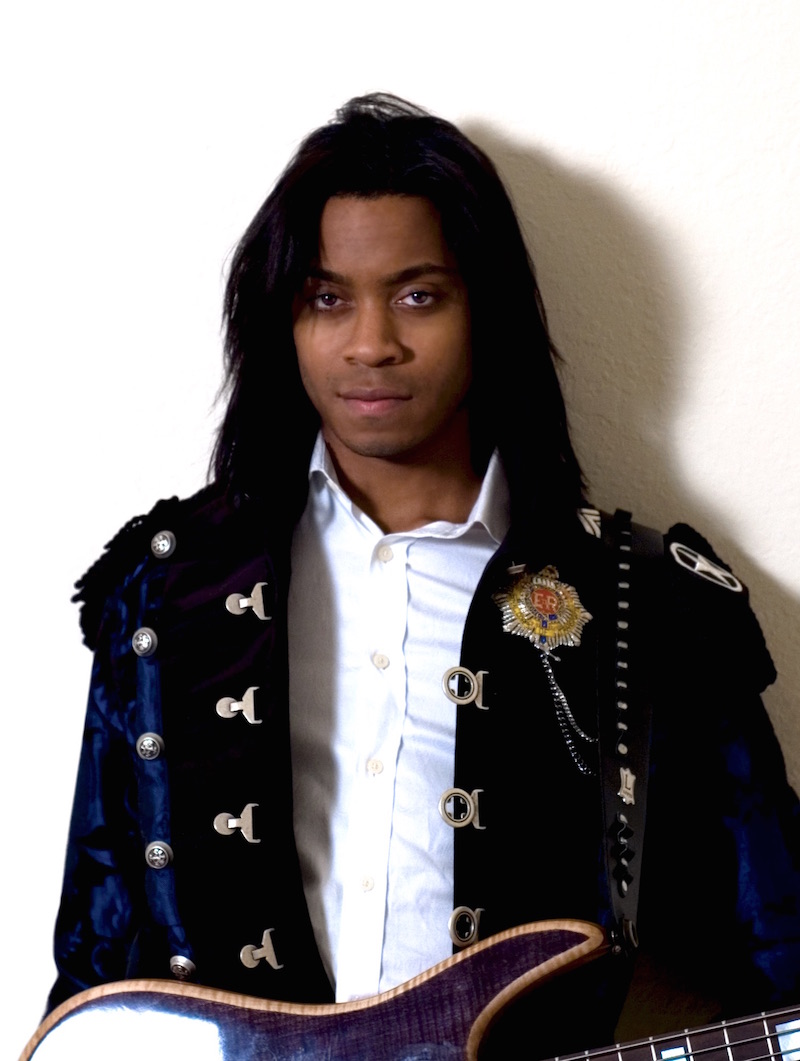